Lido Bettarini was born in Sesto Fiorentino (fi) on February 2, 1927. As a boy he was strongly attracted to drawing and painting. It comes from a family of potters, so that is still very young and was later introduced to his father’s work to the worker Richard Ginori and inserted in the environment of the renowned Tuscan craftsmanship. His artistic talent and talent are now expressed in the creation of models, although his imagination leads the artist looking for more free spaces. So he began to frequent the studio of Gino Wells, who encouraged him to enroll doing Academy of Fine Arts in Florence, where he attended for three years the School of Nude and graduated. Lido Bettarini studies the painting of the great masters in museums in Florence, but is also attracted by modern art. He began his studies of various artists, including those of Ottone Rosai and Settala. He always traveled and stayed in Italy and abroad in search of new images and ideas, much to move to live on the French Riviera. The artist appears as a painter of Tuscan landscapes with endless variations on the theme of the Tuscan countryside with its villages and its cities. Also he loves to paint seascapes, often depicting sailing ships at sea, as well as see in the distance the coast and some fishing village, from Cannes to Portofino to the Amalfi Coast and beyond. Among his works there are also many still lifes.

And ‘one of the founders of “Simone Martini” while in the 70s inspired by a mystical vein creates large paintings of sacred art including a crucified Christ in the Church of Saints Fiorentini and a St. Joseph the Worker. In 1984/85 run to the Abbey of Vallombrosa a Via Crucis. He painted the most hotels in Sorrento, while its exhibitions are all over the world, Canada, France, Germany, Spain and Switzerland. In 1986 he received the commission to execute the official portrait of Pope John Paul II and in 1989 wrote an autobiographical book, “Angels and Demons”, remained on the charts for fourteen weeks of the five best-selling books. Also passionate about film, produced for the TV show different enough to win a National Award for a documentary on the Viareggio Carnival. In September 2005 it published a new memoir, “Forces of Nature”, the novel that led him to a new literary vein. In 2006 it published a monograph that collects the history and images of his life and painting. In Italy he won over twenty national awards. Numerous solo exhibitions, the first of which in 1952 Officine Galileo in Florence. 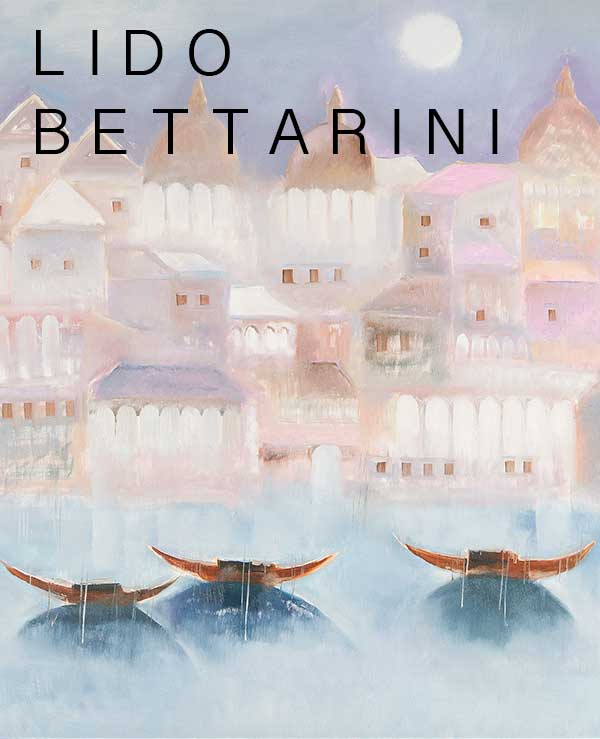 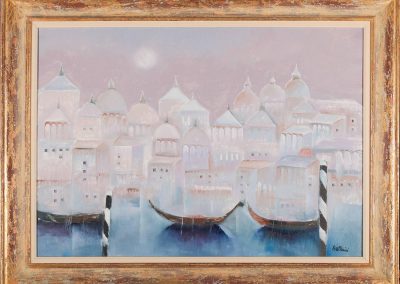